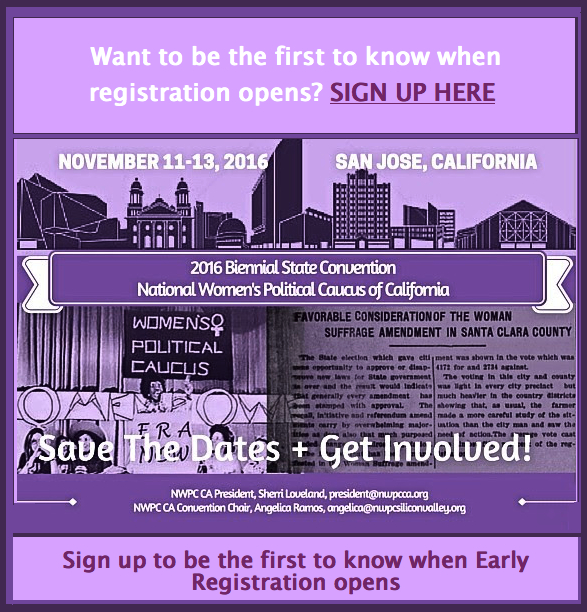 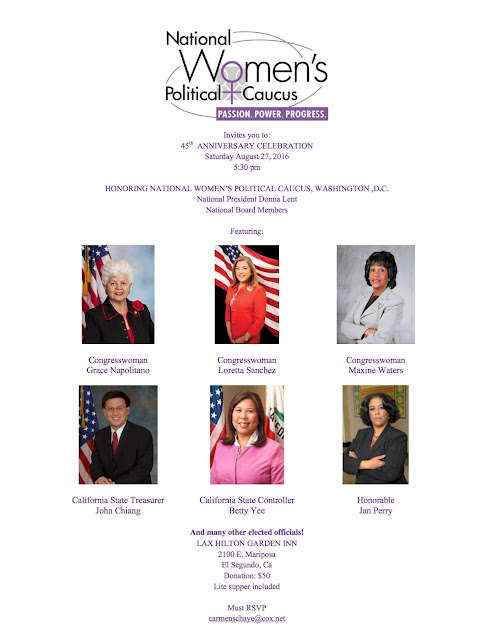 Documentary on the Life of Inez Mulholland 8/26/16 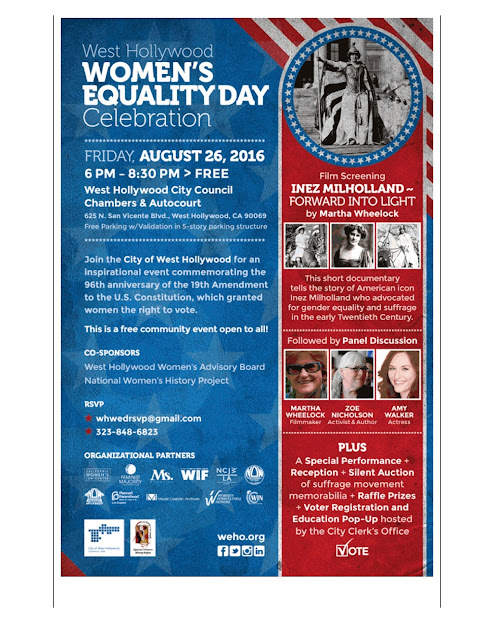 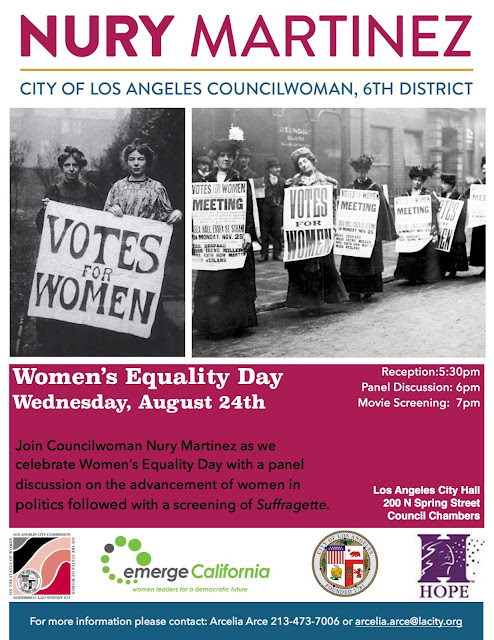 Wednesday, Aug. 24th, 6-9 pm: LA City Councilwoman Nury Martinez hosts panel discussion on the advancement of women and a showing of the movie, "Suffragette" at City Hall. RSVP to Arcelia Arce 213-473-7006 or arcelia.arce@lacity.org

Please join me as I honor Anita Hill.

Joined by Clinton In Scranton, Biden Calls Out Trump For Already Making America Less Safe
Joined by Hillary Clinton in Scranton on Tuesday, Vice President Joe Biden called out Donald Trump for already making America less safe.  Biden pointed to Trump’s dismissal of our European allies, his comments on Ukraine, his praise for Saddam Hussein, his support of torture, his slander of the Muslim parents of a Gold Star family, and his dangerously irresponsible lies about President Obama and ISIL to emphasize the security dangers of a Trump presidency. Read More

Hillary Clinton Statement on Social Security Act Anniversary
"Millions of women—and men—who are widowed or who take time out of the paid workforce to raise a child or care for a sick family member are being left behind. As President, I’ll expand benefits to cover these hardworking Americans, because no one should have to live in poverty because their spouse died or they did the vital work of taking care of a loved one." Read More

Hillary Clinton Statement on the Cancer Moonshot Initiative
“I could not be prouder to stand with Vice President Biden in this fight, and as President, I will take up the charge. My Administration will carry out the mission the Vice President has set, and continue to call on his advice, leadership, compassion, and sheer strength of will. Together, we will seize this moment. Together, we will make cancer as we know it a disease of the past.” Read More

Former GOP Treasurer of the United States Endorses Hillary Clinton
“I have disagreed with and criticized Hillary Clinton’s positions, but I have come to the conclusion that she would be a far better president than the Republican candidate could ever be. She understands that words spoken from the White House have consequences, that sarcasm is not a strategy when dealing with delicate world situations, that our friends and foes listen to every word spoken by our president and react accordingly." Read More

On Wednesday, August 17, vice presidential nominee Senator Tim Kaine will campaign in the Cedar Rapids and discuss Hillary Clinton’s vision for economic fairness and creating an economy that works for everyone, not just those at the top. RSVP here.

Register Voters in Your Community!

Voter Registration
Sign up to help register people to vote at one of the upcoming registration events! Below are some upcoming opportunities in key locations, and many more can be found here.

Apply to join the Hillary for America team!

Thank you to everyone who expressed interest in working with Hillary for America!

Ohio Organizer: Organizers are on the frontline of the campaign and are primarily responsible for recruiting, managing and training volunteers. We are still hiring organizers in Ohio. (Apply Today!)

Free to help the last two weeks or more? Take time off and travel to an important battleground state.

If you’re an experienced volunteer with some extra time, or just really jazzed about this historic campaign, become part of a battleground state team during the most critical weeks and days of the campaign. You’ll be plugged into specific positions needed to help support our Get Out the Vote effort on the ground. Sign up here and one of our staffers will follow up with you and help direct you to the place where we most need help. (And if you don’t hear back, let us know at womensoutreach@hillaryclinton.com!)

If you can spare a few hours a week, volunteer in a campaign office near you. Learn to make calls, knock doors, enter data, or support staff in your neighborhood. Check out HillaryClinton.com/events to find your local office!

Free a few hours a month? Volunteer from home.

If you’re too busy to travel or work from a local office, that’s no problem. Volunteer from home by making calls from our online call tool found here.

Only have a few spare minutes on the subway during your commute? Download our GOTV app.


If you have little to no time, still download our app (seriously, it’s fun!) and do your part in electing our next president right at your fingertips by taking challenges and winning prizes! Download the Hillary2016 app from your iPhone at the App Store, it's free!


No time at all? Donate.
The only way we win is with a strong ground game and Get Out the Vote operation. Chip in what you can to help us fuel that effort. You can donate at Hillaryclinton.com.


Now that the primary season has ended, we are working to mobilize voters across the country for the general election. Help us by organizing women in your own communities! Sign up to learn more about hosting a house party here.

Please join me as I honor Anita Hill. 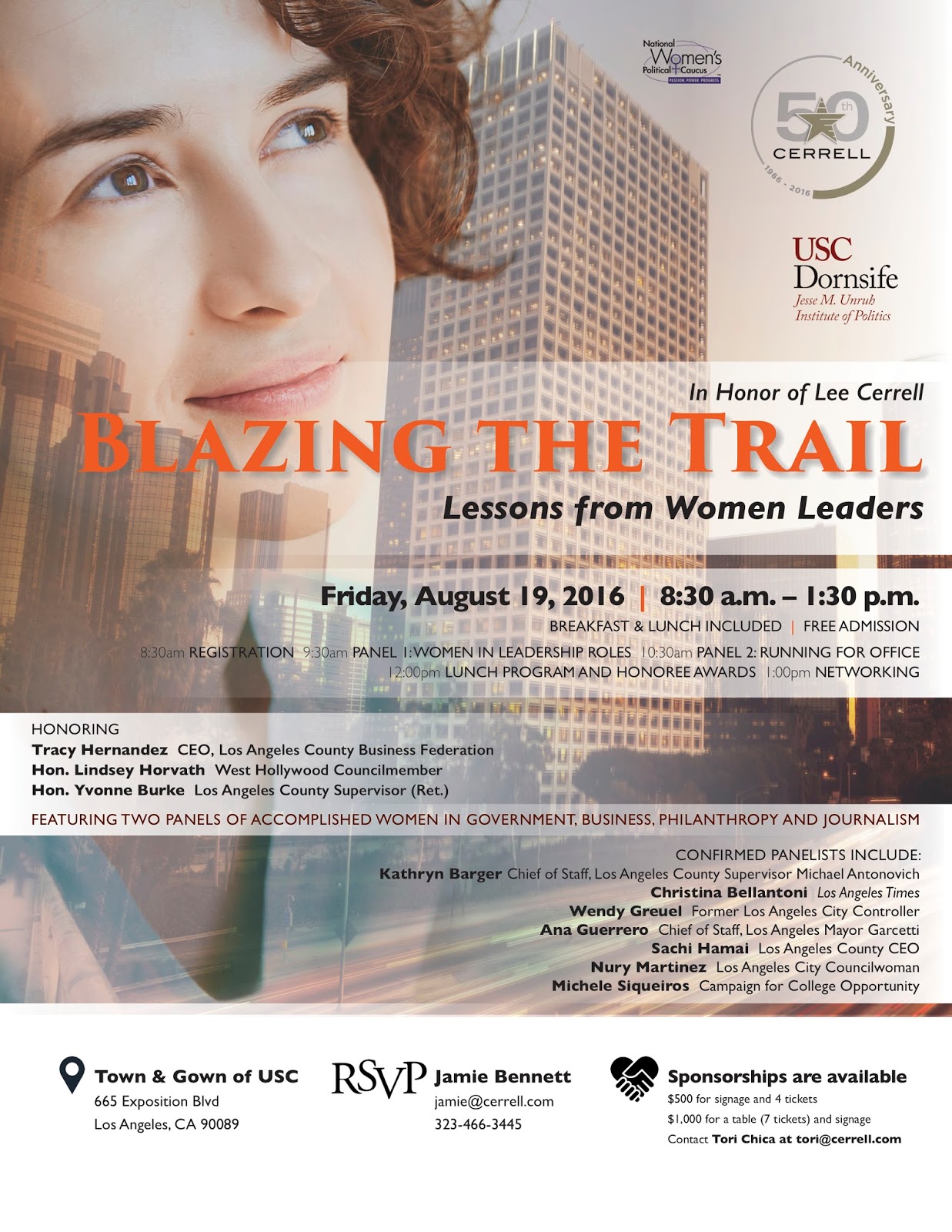 When Women Win, Men Win, Too 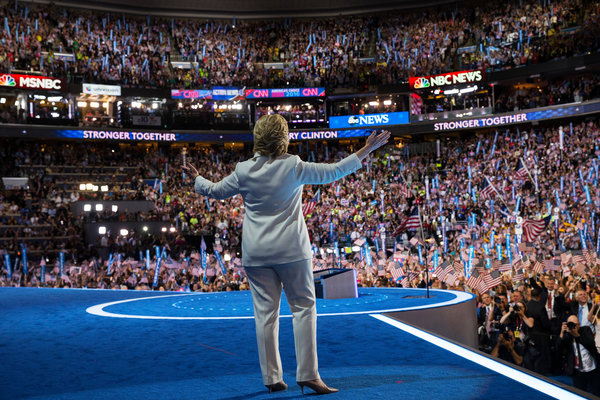 WHEN a woman breaks a glass ceiling and becomes the presidential nominee of a major political party, what should men think?

Should men applaud that another barrier has fallen so that our world is more fair and equitable? Or should we fret that when women win, we lose — that soon we’ll have to give up grunting and football games for putting down toilet seats and talking about our “feelings”?

The Democratic National Convention this past week was one long celebration of XX chromosomes and the emancipation of women. A spine-tingling moment came when 102-year-old Geraldine “Jerry” Emmett, born before women could vote in federal elections, announced Arizona’s votes for Hillary Clinton — and then cried.

Yet Democratic strategists also worry, rightly I think, that the giddy enthusiasm for gender progress may turn off men. Already, Donald Trump has a huge lead among white men with no college degree, and that’s the reason the overall polls are close.

So let me try to make the case that when women win, we men win, too.

Put aside your feelings about Hillary Clinton: I understand that many Americans distrust her and would welcome a woman in the White House if it were someone else. But whatever one thinks of Clinton, her nomination is a milestone, and a lesson of history is that when women advance, humanity advances.

When Ceilings Break, Walls Still Stand
Kelly Dittmar reflects on the work yet to be done to bring more women into public office at all levels, even as the first woman to secure a major party presidential nomination moves into her general election campaign. Read her thoughts here.
Was this Week's Roll Call Sexist?
Kathleen Dolan notes the difficulty in deciding how sexism is measured or defined in political campaigns. She proposes that the differences in how Clinton and Sanders handled their presidential primary defeats and procedural roll call votes at their respective party conventions may be evidence of gendered standards. Read her thoughts here.

Men, Women and the Gender Gap: Where Trump and Clinton Stand
What do polls tell us about how voters are breaking down by gender? Pre-convention analysis from Kelly Dittmar is here
No comments: